If you've ever been on a Swim Smooth Clinic with Paul Newsome then you have probably seen a video clip of a guy called Scott who came to Paul for a video analysis session 5 years ago. Scott had become very inefficient because he was simply trying to take too few strokes per length and in doing so had added a pause-and-glide of around a second between every stroke.

We were very pleased when Scott came back to Paul for a follow up session recently - the improvement in his swimming since that first session has been truly amazing. We've just released Paul's full analysis with Scott onto Youtube for you: 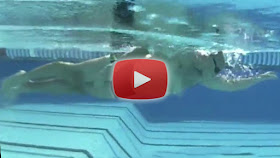 - Before his first session, Scott was averaging over 25 minutes for 1000m (>2m30s per 100m) which for a fit guy was very frustrating (and confusing!) especially as he said he was progressively getting even slower.

- The 1st two lengths of each video are like chalk and cheese:

- In the first video Scott says that on a good day he can complete 50m in 28 strokes but when swimming continuous laps, 38 strokes per 50m is as low as it gets. This says 28 SPL is simply not maintainable and never was.

- He believed what was holding him back was lack of fitness and the inability to breathe bilaterally but both were in fact caused by such a low stroke rate.

- Prior to the first session Scott had focused purely on reducing strokes per length for 5 years at 3 to 4 sessions per week, hoping it would eventually get easier and faster but in fact he was actually getting slower. He had never considered the other side of the speed equation (stroke rate) thinking this would 'come later' in his development and might be 'hard work'. 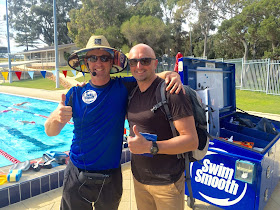 Suffice to say Scott is over the moon with his development since his first session with Paul 5 years ago and feels much easier, is significantly quicker, and is now totally cool with taking a few more strokes per length!

If you have a tendency to overly lengthen your stroke yourself then this is a great case study for you to watch through about how to tune up your swimming and become faster and more efficient. It's about 30 minutes in length but might just save you 5 years of swimming development!